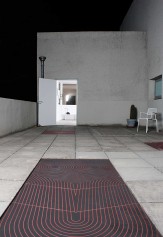 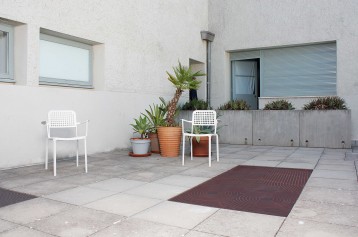 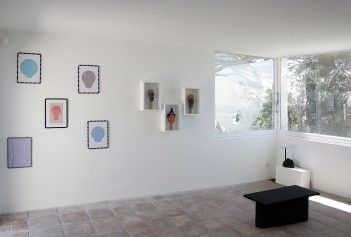 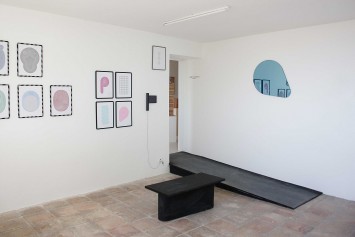 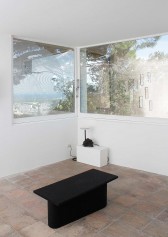 During the Festival Design Parade in Hyères, we present the exhibition Doodle.

Adrien Rovero’s doodles: What do CNC machines dream of ?

In October 1962, during the Cuban Missile Crisis, in telephone conversations of the utmost importance, Kennedy doodled on White House headed notepaper: naval blockade; nato; Fidel Castro; money; and drew a vessel sailing on the sea, in all likelihood Victura, his yacht. Was it an artistic composition, or an expression of the President’s unconscious?

He was not the first; in 1833, Jefferson drew a macaroni machine of his own invention and Reagan liked to draw cowboys and hearts blending his initials with those of his wife, Nancy. Whether it is geometrical or figurative, telephonic doodles are an activity — an art? — practised by American presidents. It is intriguing to imagine them scribbling on paper in order to occupy their hands in the White House, during times of crisis. However, they indulge in this like all of us. And, curiously, Adrien Rovero’s cnc machines excel at this also. By fooling the programme written to create objects, he alters the machine’s purpose and creates an apparent language. It is surprising that a cnc machine, whose objective is to logically create shapes, can create irrational designs, patterns, which can be envisioned as an expression of their free time. Adrien Rovero has created a gallery of moving portraits where one imagines seeing faces and objects in these doodles. This lined language dialogues with his recent creations: Lausanne chairs with a perforated surface in the same regular pattern, to Tenerife lamps with lava bases that reflect Parallax mirrors to be placed in all directions, right up to Totem for Hermes’ petit h which composes a theatre of endearing and friendly figures.

But this designer does not stop there. Having fooled the CNC machine, he scanned the designs and reproduced them on ceramic tiles by the company Cerdisa (member of the Richetti Group). His prototype Path, presented for the first time at the villa Noailles, voluntarily confuses doodle and the joints between the tiles, thus perfecting the illusion according to which it is no longer a question of tiles, but a gigantic piece of ceramic. One might wonder whether Rovero has not lifted the veil on the unconscious and dreams of digital machines, as betrayed in these drawings? Here is finally, perhaps, an answer to the title question left unresolved by Philip K. Dick in 1966: Do Androids Dream of Electric Sheep?